How to Convert AVI to MP4 in Linux using Command Line 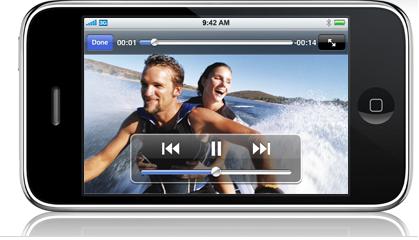 If you want to play your AVI videos in your iPhone, iPod Touch or iPad, you must convert them to MP4 or H.264 format.

The following instruction is to let you convert your AVI video files to MP4 files.

In Ubuntu, you can use install them as following command:

2. If your AVI file is baby.avi and you want to create a MP4 called baby.mp4, you can type following command:

3. You can test the new MP4 file you just created using the MPlayer as below:

How do I Unzip multiple files under Linux?

When you try:
unzip *.zip

You will get the following error:
caution: filename not matched

When you want to unzip file using wild card, you have two options as follows.

Type the command as follows:
$ unzip

Anyone who has never made a mistake has never tried anything new. --

Here are a few mistakes that I made while working at UNIX prompt. Some mistakes caused me a good amount of downtime. Most of these mistakes are from my early days as a UNIX admin.

The file /etc/deluser.conf was configured to remove the home directory (it was done by previous sys admin and it was my first day at work) and mail spool of the user to be removed. I just wanted to remove the user account and I end up deleting everything (note -r was activated via deluser.conf):
userdel foo

On Linux killall command kill processes by name (killall httpd). On Solaris it kill all active processes. As root I killed all process, this was our main Oracle db box:
killall process-name

I had only one backup copy of my QT project and I just wanted to get a directory called functions. I end up deleting entire backup (note -c switch instead of -x):
cd /mnt/bacupusbharddisk
tar -zcvf project.tar.gz functions
I had no backup. Similarly I end up running rsync command and deleted all new files by overwriting files from backup set (now I

FTP is short for File Transfer Protocol, this page contains additional information about the FTP command and help using that command in Unix and MS-DOS (Windows). See our FTP section in our dictionary for a complete definition on FTP.

From the MS-DOS prompt or shell type in FTP, once typed in you will have access to the FTP command line. In this command line type:

Once connected you will be asked for a username and password; if done successfully, you will have access to transfer files between computers.

Unix FTP is used much like Windows; from a command prompt or shell, type in FTP, from FTP you should be able to log into a server, providing you have the proper access.

Depending upon the version of FTP and the operating system being used, each of the below commands may or may not work. Generally typing -help or a ? will list the commands available to you.

How to concatenate multiple PDF files into one?

Make sure the gs (Ghostscript) is installed, and type following command: